China's stock market has been extremely volatile since mid-June. 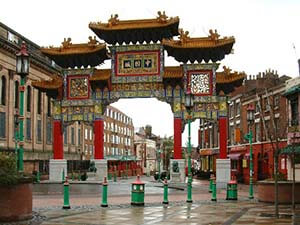 And now that dip has prompted government intervention. Additional measures are likely if the whiplash-like moves continue.

Over the last month, the Chinese government has implemented at least 40 measures to prop up the market, including:

Over the next several weeks, through July 2, the index swooned by nearly one-third amid an equity rout that wiped out $3.9 trillion. That's more than the size of France's entire stock market and about 60% of Japan's market.

Still, China's stock market has trigged panic among small investors who piled into Chinese equities over the last year. More than 90 million individual Chinese investors have watched in shock as their previous gains were quickly erased.

The Chinese government also likely experienced some panic of its own as it moved to stop China's stock market slide.

According to the People's Daily, the Communist Party's leading publication, the Chinese government stands ready to intervene again should disorder in China's stock market return.

That reiterates Beijing's commitment to stabilizing China's stock market as pressure on authorities for an exit plan mounts. The financial sector is the lifeline of China's national economy, and the Daily warns that instability in the space threatens years of market reform.

"When abnormal volatility and irregularities arise, we must be resolute in taking action and measures when necessary, without hesitation," the commentary said. "Genuine financial stability must be a proactive, long-term, and sustainable stability – not a passive, short-lived, and unsustainable stability."

While market volatility is a major issue in the Asian nation, few foreign investors have much exposure in China's stock market. The real concerns for those outside the world's second-largest economy are an economic slowdown and the broader impact from an unstable stock market, not the market gyrations themselves.

Here's Your China Stock Market Profit Opportunity: While many investors are running to the sidelines as volatility in China spikes, Money Morning Capital Wave Strategist Shah Gilani has found a way to profit. Here's how to make money from China now…