July 29, 2015, here's how the stock market did today, earnings reports, the top stock market news, and stocks to watch... 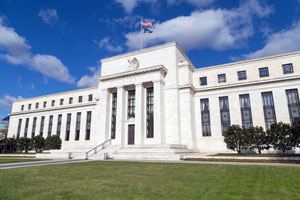 U.S. stock futures for the Dow Jones Industrial Average forecast a 17-point gain ahead of a Fed meeting today that will conclude with a statement by U.S. Federal Reserve Chairwoman Janet Yellen.

Investors are mixed over whether the central bank will move ahead with a plan to raise interest rates in September. Yellen has hinted that the Federal Reserve is unlikely to take into account problems in the global markets, which include Greece's ongoing debt debacle, Puerto Rico's $72 billion debt dilemma, Canada's slump into a recession, Australia's currency woes linked to cratering commodity prices, or China's potential stock market crash.

Yellen has cited strength in the U.S. economy and an improving jobs market as rational for small hikes this year.

On Tuesday, the DJIA surged more than 189 points after Chinese stocks stabilized and investors turned their attention to the FOMC meeting, which began yesterday. The markets broke a five-session losing streak.