Here's how the U.S. stock market futures are shaping up today (Thursday), earnings reports, the top stock market news, and stocks to watch… 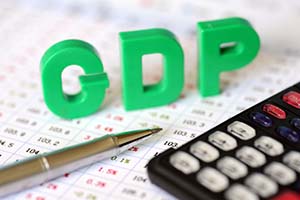 U.S. stock futures for the Dow Jones Industrial Average today forecast a 36-point decline for the Dow Jones today after the U.S. Commerce Department reported a weaker than expected first reading of Q2 GDP at 2.3%. The U.S. government also revised its report on first-quarter GDP, saying the economy retracted by 0.9%. Economists also downwardly revised GDP readings from 2012 to 2014, saying growth averaged 2.1% compared to its previous average estimate of 2.4%.

European markets were off to a good start this morning despite ongoing concerns about volatility and government intervention in the Chinese stock markets.

The DJIA gained more than 130 points yesterday after the U.S. Federal Reserve said that labor conditions and the broader U.S. economy are improving and concerns about China's stock market temporarily abated. Today's statement sets the stage for a possible rate hike when the Fed Open Market Committee meets again in September. The central bank said that the economy is poised to overcome a first quarter contraction, a decline in domestic energy process, and broader concerns in the global economy.

Here's a breakdown of the Federal Reserve's decision, including an exploration of outside events that are impacting rate policy…