Here's what's next for oil prices - and what to do with your winning USO position...

When Bad News Is Good News

Oil - being a commodity - mostly trades based on supply and demand. And because there's been an increasing supply of oil in the face of only a moderate pickup in global demand, oversupply is leading to further price cuts. 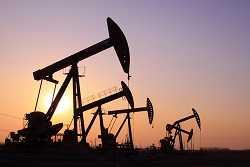 Thanks to an explosion of shale oil, the United States is producing 9.7 million barrels of oil a day. That new record, eclipsing the old mark set back in 1970, makes America the third-largest oil producer behind Saudi Arabia and Russia.

Additionally, Saudi Arabia and Iraq are producing at record levels themselves, and Russia is desperate for revenue, which it gets by selling its oil. Then there are prospects that disruptions in crude production in Libya could soon be reversed, and Iran is capable of adding another million barrels a day to global supply, if and when sanctions are lifted.

However you look at it, there's a lot more oil coming to market in the foreseeable future.

Morgan Stanley (NYSE: MS), whose analysts underestimated the supply of crude coming to market, now says a potential oil crash could be the worst in 45 years.

That's good news if you're short oil or short oil-services companies - as we are in my Short-Side Fortunes advisory service.

Or if you followed my recommendation here to buy put options on the U.S. Oil ETF...

Here are some options to manage this trade now...