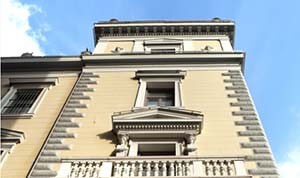 National Bank of Greece in Athens

What happened in the Greek stock market today was a good indication of the floundering confidence in the struggling Hellenic Republic.

The Athens Stock Exchange today crashed as much as 22.9% before it recovered and closed down 16.4%.

Now the Greek stock market is at its lowest close since summer 2012, the last time the Greek debt crisis threatened to push Greece out of the Eurozone and spark a "Grexit."

The fall comes after the first day of trading since the Greek stock market was closed on June 29.

This was a part of several capital control measures Greece took to avoid a devastating outflow of capital as the European Central Bank cut off emergency lending and Greece found itself unable to negotiate a disbursement of bailout loans from its foreign creditor to avert default.

Since then, Greece has been able to negotiate a new bailout program, but not without tough political costs for the Syriza party, which negotiated for an austerity plan despite a referendum indicating that the Greek public was firmly on the side of no more austerity.

So, with what happened in the Greek stock market today, does that mean it's time to buy Greek stocks on the cheap and wait for a bounce?

You're better off steering clear.

After five years and now three bailouts, Greece is still in disarray. Unemployment is still around 25%, and more than 20% of Greek labor has migrated away from the economic devastation brought on by austerity.

Perhaps the Greek stock market will rebound. But if the last two bailouts are any indication of what is to happen next, you can expect markets to falter again once it's clear down the road that continuing to pile more debt on an already bankrupt Greece is only going to precipitate another crisis later on.

The Bottom Line: After what happened in the Greek stock market today, it may seem like a good opportunity to be a contrarian and buy Greek stocks. The problem is that, to this point, the Greek stock market has seen post-crisis rebounds only to fall back into crisis. This most recent Greek bailout will help Greece survive merely to service debt, not grow its economy or fix the employment picture. And once those funds are drawn down, we'll be back at square one, and whatever run the Greek stock market can manage will be erased.