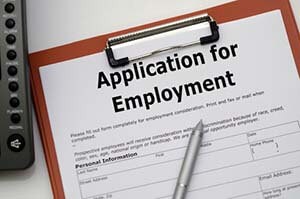 U.S. stock futures for the Dow Jones Industrial Average today forecast a 21-point gain as investors turn an eye to July's unemployment report, which will be released tomorrow morning.

Yesterday, the Dow Jones Industrial Average fell 10 points after a weak private employment report dampened expectations for a September rate hike, and shares of Walt Disney Co. (NYSE: DIS) plunged 9.3% after the company received a series of downgrades in the wake of its quarterly earnings report. The company cited slowing growth to its park attendance and concerns about its media division.

The ADP employment report stated that job growth in the private sector slowed down in July, with private employers hiring just 185,000 employees last month. That was off from economist expectations of 215,000. However, the services industry indicated a near-decade high in industry activity thanks to strong economic growth.