Icahn said he plans to talk with the Houston, Texas-based company's management team and perhaps vie for board seats "if appropriate." Discussions will focus on "operations, capital expenditures, financings, and executive compensations," according to a 13D filing.

Icahn sees potential in Cheniere, which is poised to become the first exporter of natural gas from U.S. shale formations. 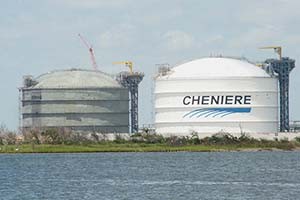 "The idea of U.S. natural gas exports is so strong and unstoppable, it has the power to change the world," Money Morning Global Energy Strategist Dr. Kent Moors said in April 2014. "It's the result of one of the biggest reversals of fortune I have ever witnessed."

Natural gas has been the most volatile commodity on the Bloomberg Commodity Index this year. At Thursday's close of $2.81/MMBtu, natural gas is off 2.6% year to date. Over the last 52 weeks, however, the commodity is down 27.4%,