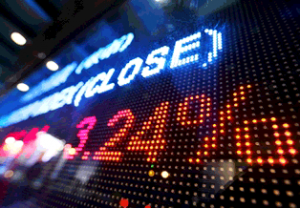 Futures for the Dow Jones Industrial Average on Monday, Aug. 10 forecast a 122-point gain as the markets reacted to a downswing in the Chinese economy and anticipated additional stimulus from the nation's central bank.

On Friday, the Dow Jones Industrial Average fell 91 points as traders expressed concerns about cratering oil prices and conditions in the Chinese, European, and U.S. economies. According to reports this morning, domestic factory activity slumped in July and consumer spending fell to its lowest levels in four months. That's raising new concerns about the broader health and momentum of the U.S. economy. Meanwhile, China's manufacturing activity fell more than expected. The news dragged down stocks with broad exposure to the world's second-largest economy.