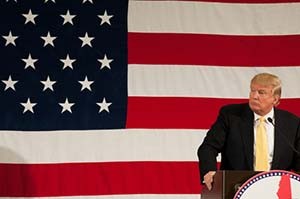 But a noticeable shift occurred following last week’s debate. Take a look at these headlines that we never would have seen in the FOX News line-up prior to Aug. 6:

There are several causes media outlets, including FOX News, would have you believe are behind the FOX News-Trump breakup.

But there's only one real answer - and it's being buried with noise...

Why the Donald Trump Campaign Is Under Friendly Fire

The Donald Trump campaign has suffered a number of hits following the GOP debate - any one of which could be the reason FOX News dumped The Donald.

Trump's aggressive words toward popular network anchor and debate moderator Megyn Kelly is the most highly touted. (During the debate, Kelly pointedly called Trump out on his "war on women" and read aloud specific examples of alleged misogynistic statements. Trump responded, in part, by saying, "I've been very nice to you, although I could probably not be based on the way you have treated me.")

For example, The Washington Post wrote on Aug. 8, "A consensus is forming in Republican circles that Trump's eruption over Kelly and other Fox News anchors makes his campaign anything but serious."

This Trump-Kelly rift continued well past the debate. He let tweets like this fly: 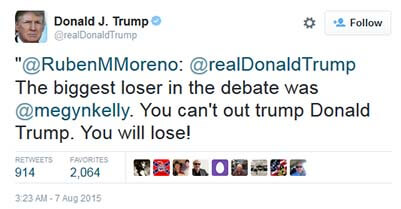 First, Trump was uninvited from the annual RedState Gathering - an influential conservative powwow held in Atlanta over the weekend. Trump was to have been Saturday's keynote speaker. Erick Erickson, the RedState.com editor, said he "disinvited" Trump for the comments he'd made about Kelly.

Second, Trump and his top campaign adviser Roger Stone cut ties. Both sides are pointing fingers over who fired whom.

"Roger wanted to use the campaign for his own personal publicity... and Mr. Trump wants to keep the focus of the campaign on how to Make America Great Again," a campaign spokesperson told CNN.

Meanwhile, Stone fired off these tweets:

You see, in the opening 30 seconds of the GOP debate, the real-estate billionaire refused to pledge to support the Republican nominee and not run as a third-party candidate. Moderator Bret Baier asked that candidates who refused to take the pledge raise their hand. Trump's immediately went up in the air.

And it can pit FOX News - the voice box of the RNC - against the Donald Trump campaign.

Who the hell is roger stone ?

Any "News" organisation that supports any political candidate is no longer a News Organisation, but has become a propaganda machine instead.

Please everyone be realistic, or, try to be. I'm in my 80's and first voted for Ike. I vote for a person. No person is perfect. Yes, their party does affect my vote but I still vote for the Constitutionalist candidate every time when I can see the difference. (I look at their voting record, not what they say!) Is our country in deep trouble? Yes! Do I think FOX is a great conservative and fair news outlet? Kinda! Does everyone have to be conservative? No! I know Bill believes he is the consummate conservative but no, he isn't. A pretty good announcer but by no means the "best in the business." I can name several that are good but no Bill, you can stop acting like your opinion is always best. That said….. FOX has several bad habits that are driving people away from their station. I know because I have friends all over the nations that believe the same. What will FOX do….nothing! However….we conservatives do appreciate FOX. We just don't watch as much as we used to because it's the same o, same o, day after day, week after week!