Trillium Therapeutics Inc. (Nasdaq: TRIL) stock has dipped nearly 5% in the last week after the company reported a Q2 earnings loss of $0.80 on Aug. 11. Analysts had been predicting a loss of $0.75 for the quarter.

In the past three months, TRIL stock has now dipped 16.4%, and the poor earnings report only stoked the fears of nervous investors.

But despite its recent performance, TRIL stock is still one of the best biotech stocks to buy now.

In fact, TRIL has already climbed 114% in 2015, and Money Morning Biotech Investing Specialist Ernie Tremblay says this stock still has plenty of room to run…

Why TRIL Stock Is a Long-Term Buy Now

Trillium is currently developing a new cancer treatment that could be the key to curing numerous types of cancers. Here's how it works. 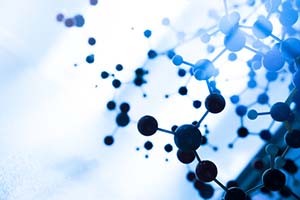 When your cells get sick or damaged, the body sends scavenger cells called macrophages to devour them. This process is called phagocytosis.

"Nearby healthy cells avoid this fate because they carry significant amounts of a signal protein, CD47, on their surfaces, which acts like a flashing sign that says, 'Do not eat me!'" Tremblay explained. "Unhealthy cells lose much of their ability to express CD47 and also give off other signals that attract hungry macrophages. They quickly become lunch."

The problem is, cancer cells can produce CD47 as well. That allows them to camouflage themselves from the body's immune system.

That's where CD47 inhibitors come into play. They block the CD47 that is produced by cancer cells, but not the CD47 produced by healthy cells.

So far, CD47 inhibitor treatments have focused on blood cancers. But now scientists are developing them for other types of cancers.

"This approach to fighting blood cancers is extremely promising, but it's not the end of the story," Tremblay said. "As it turns out, CD47 blockade may be a treatment that works against all cancers – there are more than 200 variations – because all malignant tumors, no matter the type, express CD47 for survival."

Trillium's CD47 inhibitor is called SIRPαFc. It binds a protein to the CD47, preventing it from broadcasting the "don't eat me" signal.

These treatments could be the "magic bullet" to treating all types of cancers. And TRIL stock is at the forefront of this profit opportunity…

But before you invest a large chunk of your capital in TRIL stock now, here's the approach we recommend…