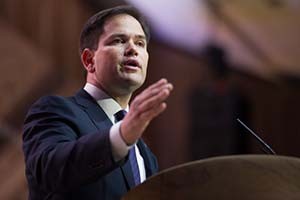 First-term Floridian Senator Marco Rubio is scheduled to speak at the Detroit Economic Club at 11:30 a.m. on Aug. 20.

Details of the Marco Rubio speech include an outline of the Republican presidential hopeful's fiscal strategy, should he win the oval office next year...

According to the Economic Club, Rubio "will describe how his pro-growth, pro-innovation policies can transform the economy and change the lives of families by helping them achieve the American Dream."

Rubio's campaign stated the Cuban lawmaker plans to "hold up Detroit as a symbol of both America's great past and the extraordinary possibilities that await us if we embrace a new generation of leadership."

Rubio isn't the only 2016 presidential candidate to target the venue... 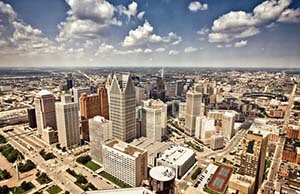 Former Florida Gov. Jeb Bush also made a speech to the Detroit Economic Club in February. There, he outlined his vision for a "right to rise society." He framed the concept with Detroit's emergence from the Chapter 9 bankruptcy the then-broke city filed for in 2013. Bush told members they "are part of a great story - the revival of a city that means so much to all Americans."

The same venue has proved popular in previous campaigns as well. GOP candidate Mitt Romney spoke there in 2012. And in 2007, U.S. President Barack Obama criticized Detroit automakers. Here's a glimpse into the past:

"Here in Detroit, three giants of American industry are hemorrhaging jobs and profits as foreign competitors answer the rising global demand for fuel-efficient cars," Obama said. "Politicians are afraid to ask the oil and auto industries to do their part, and those industries hire armies of lobbyists to make sure it stays that way."

After spending Thursday in Detroit, Rubio will travel to Ohio for events in Cleveland on Friday.

Next, the senator is scheduled to speak in Columbus at the Americans for Prosperity "Defending the American Dream Summit" on Saturday. Rubio's campaign stated he will then attend an event at Grandview Yard. There, Marco Rubio will share "his views on the sanctity of human life and other conservative values."

Marco! Poor-O! The finances of Marco Rubio were in the news earlier this year when the Republican senator from Florida cashed out nearly $70,000 from his retirement fund. Here's why the young politician took drastic measures...