When you consider all the Hillary Clinton lies over the course of her public life, her current status as the de facto Democratic presidential nominee for 2016 suggests honesty doesn't matter at all in American politics.

Even after a two-month surge by Sen. Bernie Sanders (I-Vt.), the former New York senator and secretary of state still leads in the Real Clear Politics poll average with a dominating 54.5% to Sanders' 22%. 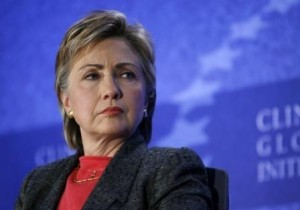 But the latest series of Hillary Clinton lies, centered on her private email server while she served as secretary of state, has reminded voters of her penchant for deception. Despite her high levels of support, voters don't see her as honest.

A July Quinnipiac poll in three swing states showed how much of a toll decades of Hillary lies have taken on her trustworthiness. In Virginia, 55% of voters said they did not consider Hillary Clinton trustworthy; in Iowa, it was 59%; and in Colorado, it was 62%.

Clinton has lied at least four times over the course of the email scandal alone:

Still think this is a person deserving of the 2016 Democratic presidential nomination? The email fibs are just the latest examples of decades of Hillary Clinton lies.

As far back as January 1996 - while she was caught up in a series of lies and scandals during her time as first lady to President Bill Clinton - Pulitzer Prize-winning New York Times columnist William Safire branded her a "congenital liar."

Here are some of Clinton's biggest whoppers since she first arrived in Washington...

All these are a little trifling, aren't they ( maybe apart from Whitewater)? Any of us when investigated might have 'committed' similar lies, except that most of us are not important enough to have our pasts recorded in history? Think about other public figures, or even GB II, for example. One might come up with really SERIOUS lies.

No matter who broke similar laws, circumvented policies, lied profusely or even worse – that is NOT someone that we want to represent the USA. Imagine IF Russia or China has information damming to Clinton and she is blackmailed. Then what – the woman clearly has no integrity. 2 years ago she had my vote. Absolutely not now or ever, even if the DOS is complicit with stonewalling or further cover-up.

Really? you voted bush in 2wice and he lied about Iraq and millions were murdered. Do you know what murder means?

To people like Jessica it simply doesn't matter sighting George Bush as a bigger lie makes it ok.First of all Jessica I imagine your referring to WMD,s if so GB did not lie every single countries intelligence service said Saddam had them also Hillary signed on to the Iraq war as well.Secondly Hillary,s latest scandal is more then likely a felony that's not a little white lie the Clintons have been above the law for years its time for her to pay the price

Hillary Clinton Behavior goes way back to the President Nixon times when she was let go for lying and behavior unbecoming an attorney, you can follow the pattern and trail right up to this day. Please dear God save us from her. She is dumb like a fox.

I so agree with you. I so pray Hillary will be convicted of this crime. Hillary for some reason thinks she is royalty. She just can't be our next President. What are people thinking she has a long history wrong doing . The Cllintons are very Evil people.

Don't people read about her past. She is no Angel. She belongs in Jail not the White house again. I for one have had enough of the Clintons.

I have absolutely no great concern about the diminishing campaign prospects of the former first lady’s presidential aspirations. In fact I relish them. Based upon the potential, but probably inevitable charges of mishandling of classified government documents, obstruction of justice, and possibly espionage, Clinton’s march to Sainthood has hit a very serious snag.

The mishandling of classified materials, documents and hardware alike, are so serious an offense that a misstep, accidental or intended, could cost an employee his/her security clearance and in turn his/her job. A coating of teflon will not stop the inevitable.

The physical controls of simply handling classified documents are so rigorous that electronic and paper trails, with signatures or time stamps, are required just to handle such things. Rank and privilege have no redeeming consequence whatsoever. Obama’s government has become so casual in its observance to the rule of law that teflon coated illuminaries, like the former first lady, easily finds adherence to the bothersome little rules that control such handling as tiresome and in the way of her important mission. So, rules protecting America’s security are dismissed or ignored with casual indifference. That’s the trap. The rules weren’t changed, just ignored.

The more she ignores the increasing email discoveries the more I see her sinking further and further into the depth of despair that only assisted suicide could alleviate. Hillary cannot be President. She is compromised. Putin already knows her weakness’s and will use them against her and America. The former first lady already has a history of prevarication, dissimulation and ignoring problems until they go away, that she knows no other method of operation. Doing what is right or telling the truth never occurs to her. Early in her law career she was a junior lawyer on the Senate Judicial Committee investigating Richard Nixon during Watergate. She was fired from that job because she was labeled a liar who engaged in unethical and dishonest practices.

You're a Bunch of liars a d Wbooorahs…. Let's talk W and all his Lies!….Put LIFE ON YOUR WISHLIST…. MAYBE SANTA CAN HELP!!!

1) I its interesting to discover that the money morning staff is so blatantly republican?
Some of the things the author states are opinion, not fact.
2) Please name me one politician who doesn't lie. I'm not defending Clinton, but I'm attempting to keep perspective. Every politician lies. The recent rounds of debates….after being fact checked, proves that out.

Carson was a shill for a supplement company, and blatantly lies about it. Trump lied about…well just about everything.

Past presidents and Vice Presidents lied about their involvement with increasing the number of nuclear centerfuges in the Mid East.

You don't trust her because you think she lies. Fine. You are entitled. But, I challenge you to use the same criteria of distrust against every politician who is proven to be lying…and to Print THEIR lies on your site as well. Inform the public – but do so with an even hand…otherwise you are simply a tool for one political party, not a NEWSletter.

who is the better person for the job? ithink the one who tells the truth.

money is not the issue jobs are