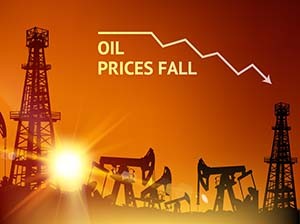 Dow Jones futures today (Thursday) forecast a 137-point decline as the sell-off continues in the wake of a massive slump in oil prices and investors' expectations about a potential interest rate hike by the U.S. Federal Reserve continue to fade. Domestic oil prices were hovering just north of $40 per barrel, as a global glut continues to expand and places pressure on both domestic and international producers. You can read a recap of yesterday's movement here.

This morning, weekly jobless claims registered at 277,000, which is up marginally from analyst expectations of 272,000. This was the fourth-straight week of jobless claims increases.

On Wednesday, the Dow Jones slumped after the release of minutes from the July Fed Open Market Committee meeting. The Dow finished down 162 points and the odds of the central bank increasing interest rates in September slipped after investors examined the Federal Reserve's meeting minutes. According to the minutes, members of the central bank said they have concerns about lagging inflation levels and weakness in the global economy. The Fed did say it only requires "some" additional improvement in the jobs sector in order to hike interest rates.

Meanwhile, the German parliament announced it has ratified the new bailout deal for Greece. Terms of the deal will allow European creditors to inject money into the Greek economy, despite steep concerns from Chancellor Angela Merkel and her conservative coalition.