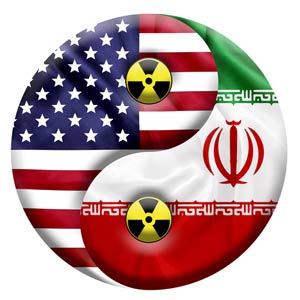 There's a bombshell new development in the Iran nuclear deal.

Yesterday (Wednesday), the Associated Press (AP) reported that Iran will be permitted to use its own experts to inspect Parchin – one of the country's most suspicious testing facilities. Parchin has been tied to nuclear weapon testing more conclusively than any other site in Iran. According to the AP report, the facility is where detonators for a nuclear bomb may have been tested back in 2003.

The revelation of this "secret agreement" has enraged Israeli and Republican critics. They consider it Iran's move to ensure the nuclear deal will not be carried out effectively. They've long held the belief that the deal is built on trusting Iranians, a notion President Obama has denied.

"This deal is not built on trust," Obama said in a press conference after the landmark agreement was reached. "It's built on verification."

The Iran nuclear deal was reached on July 14. It will prohibit Iran from conducting nuclear weapon research. In exchange, various economic sanctions on the country will be lifted, most notably the oil export ban.

Investors are worried Iran will flood the already oversupplied market and send oil prices into an even deeper hole. With WTI oil prices currently near $40, Iranian exports could be the breaking point that sends the energy market toward an unprecedented crash.

But according to Money Morning Global Energy Strategist Dr. Kent Moors, Iranian oil won't hit the market that quickly. By the time it does, oil will have fully restabilized…

How Will the Iran Nuclear Deal Affect Oil Prices?

Crude oil prices will start to rebound within the next year without any drawbacks from the Iran nuclear deal. That's because it will take at least 18 months for Iranian oil to hit the global market.

You see, even if Iran conducts its own inspections of Parchin, there are a dozen other sites that will be inspected by the International Atomic Energy Agency (IAEA). These UN-sanctioned checkups will ensure Iran is abiding by the deal and scaling back its nuclear research.

Iran obviously doesn't agree with the inspections. The country argues that IAEA inspectors are spies working for Iran's enemies. That hardened attitude will result in delayed inspections and – in turn – delayed oil exports.

"It's all in the hands of the West," Moors noted. "There will certainly be benchmark requirements in place that Iran will have to meet and verify before any oil is exported. So the relaxing of sanctions will occur over time."

By the time Iranian oil hits the global market, U.S. oil prices will be back at normal levels.

Alex McGuire is an associate editor for Money Morning who writes about oil and natural gas. Follow him on Twitter at @AlexMcGuire92 for the latest energy updates.

Forget the nukes. They are getting billions in funds which they can use to not only purchase standard advanced arms and weapon (offensive and defensive) systems but can now fund more readily terrorists all around the world. Iran won't be satisfied until it controls the whole region. Seems insanity reigns in our executive branch. A side deal will let them inspect themselves (more insanity). That is like putting the wolf in charge of the hen house. This deal dwarfs the five terrorists for deserter deal. It is so bad that we did not even include the four hostages Iran is holding?

The current Iran deal not only puts America in danger but also sets up Israel for even
more dangerous waters. How can we trust a dictatorship that has broken ever agreement it has ever entered into. Its end game is the destruction of both America and Israel. The Iran
government's final aim is a world controlled by an Islamic state,which believes that all who
do not convert to Islam must be killed. If America does not stop Iran,than Israel surely will.
I pray that America wakes up from its long sleep and joins with are only true ally in the
region,Israel and stop the nazi like state of Iran from carrying out its evil plans. May God
truly bless America and Israel,

This deal with Iran was insane!they(Iran) must still be partying after being given this deal!
Continually appeasing your enemy will utltimately result in one's own demise.

The only way to stop the agreement is for Congress to override the president’s veto through a resolution of disapproval with a two-thirds vote in both houses. That would require 13 Senate Democrats and 45 House Democrats to vote no — which would have been highly unlikely until the revelation of these secret deals.