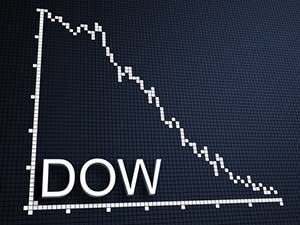 U.S. stock futures forecast an 80-point decline. The S&P 500 is currently at a five-month low. Investors are worried that a slowdown in China, the world's second-largest economy, could affect global growth and equities. And yesterday's decline turned the DJIA and the S&P 500 into negative territory for the year…

On Thursday, the Dow Jones cratered 358 points – below the 17,000 mark – despite news that U.S. home resales hit a near eight-and-a-half year high in July and Mid-Atlantic manufacturing activity gained in August. The financial sector declined more than 2% after investors reduced expectations that the U.S. Federal Reserve would raise interest rates in September. The Nasdaq fell 2.8%, its worst one-day decline since April 2014.

Media stocks took a huge blow after investment research firm said that the entire sector requires an evaluation of how companies should be traded and evaluated. Shares of Walt Disney Co. (NYSE: DIS) – the owner of ESPN – and Time Warner Inc. (NYSE: TWX) dipped more than 5% over concerns about cable-cutting.

Where the market will go, no one knows. I believe the cause is EVERYTHING, then apply a of panic selling + a massive dose of take those gains and you can see what you get. It all boils down to fear, panic and greed. The market will survive and return to better than it is was. My only regret is that too many will have a bad taste in their mouth about the market and not want to get involved again. We haven't had a correction for how long – well just add all those 10% together and you can… Read more »

You recommended Disney and Electronic Arts. Then they tanked. Hahahah

We are seeing the trembling of Yellow Stone now, perhaps it's time to move to the other side of the Island, dump and run….hard!

This is the worst possible time to pull your $$ out. Ride out the storm until you've gained, minimally. 8f you don't have that kind of time then this high risk investment was your biggest mistake and no one elses.