The Twitter stock price climbed 2% in early trading (Friday) after sinking below its $26 IPO price for the time on Thursday. 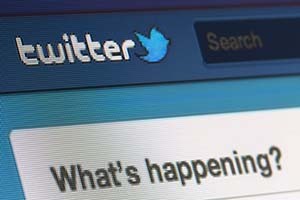 Thursday's descent marked the first time Twitter shares dipped below its Nov. 7, 2013, initial public offering price of $26. Twitter shares opened at $45.10 on its first day trading as a public company. The stock closed the session at $44.90, an impressive 70% gain.

While 2015 has been unkind to Twitter stock, concerns have recently heightened. Worries over slow user member count, advertising, and revenue growth have weighed heavily on shares.

Disappointing Q2 earnings and a gloomy outlook only added to the downward pressure.

Setting off the decline was Twitter's average monthly active users (MAUs) count. MAUs – a key measure of growth for Twitter – came in at 304 million for the quarter. That was 12% higher than a year earlier but only up slightly from 302 million in the previous quarter. The metric fell short of analysts' expectations of 310 million MAUs.

Additionally, interim CEO Jack Dorsey did little to inspire confidence among investors on the conference call. He and other executives acknowledged the challenges in attracting new users, adding that Twitter remains "too difficult to use."

"We do not expect to see sustained meaningful growth in [monthly active users] until we start to reach the mass market," Dorsey cautioned. "We expect that will take a considerable period of time."

The company also continues to struggle in its search for a new Chief Executive Officer. Co-founder Jack Dorsey has stepped in as interim CEO, but it's uncertain if he is still among those considered for the permanent post.

Clearly, investors' patience is running thin. And that's been reflected in a surge of bearish options activity…