The Netflix stock price is down another 4.8% in early trading this morning (Friday) and has now dipped 13.3% since Aug. 6.

Yesterday, shares of Netflix Inc. (Nasdaq: NFLX) were down 7.8% as many tech stocks felt the heat of the market's sell-off. On Thursday, the Dow Jones Industrial Average fell more than 350 points, and the Nasdaq dropped 141 points. 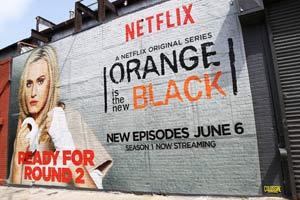 But the Netflix stock price had the largest drop. NFLX shares were trading just above $106 at 10:00 a.m. Thursday.

But even after this week's sell-off, Netflix stock is still one of the most overvalued stocks on the market.

Here's a look at some of the troubling figures…

Why the Netflix Stock Price Is Overvalued

Many investors look at NFLX stock as more affordable now because the company recently completed a 7-for-1 stock split. That brought share prices down from about $700 to roughly $100.

But it's important to remember that while the price of Netflix shares was lowered by the split, their value has remained the same.

Another good barometer for a stock's value is its price/earnings to growth (PEG) ratio. A PEG ratio of 1.0 is considered fair value for a company. Right now, Netflix has a PEG ratio of 23.4. That means it is heavily overvalued.