At the end of 2014, we predicted that the coming year would be defined by extreme market chaos. Our Capital Wave Strategist Shah Gilani actually called it "the perfect storm of volatility" in his first investor briefing of the year.

Now that volatility is here with a vengeance.

On Monday, the Dow Jones Industrial Average alone dived more than 1,000 points, then surged 900 points... only to drop more than 400 points again. That's a story that repeated itself on indexes worldwide.

The Chicago Board Options Exchange Volatility Index (VIX) surged to a six-year high of 53.29 until volatility swamped the quoting system.

This kind of action can wipe out investors who've gone unprepared against that "perfect storm," but with our Money Morning Editors' favorite protective strategies, you can get your wealth safely through to the shore.

The strategies they're about to share with you will help you do just that... 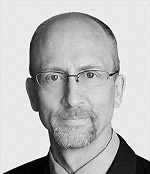 Whatever the cause of the volatility - the Fed's failure, heavy technical selling now that the S&P 500 has breached the psychologically important 200-day moving average, and more concerns about a Chinese market meltdown - sell-offs are part and parcel of eventual market gains, although they don't always feel that way.

And running for cover may feel good in the short term, but doing so is totally counterproductive to building "total wealth."

Instead of bailing, I recommend hunkering down and using trailing stops. They're one of the most powerful weapons in any investor's arsenal.

While everyone else is panicking over the market's recent correction, Keith Fitz-Gerald's readers have been prepared for months.
Keith's shown them the market woes don't need to be feared and has given them the exact strategies to profit.

To get free access to all of Keith's Total Wealth research, including his exclusive briefing, "Three Ways to Profit From a Market Correction," Click here.

To get free access to all of Keith's Total Wealth research, including his exclusive briefing, "Three Ways to Profit From a Market Correction," Click here.

They work a little like price targets in reverse.

They're typically calculated as a percentage of the purchase price. For instance, a 25% trailing stop on Apple Inc. (Nasdaq: AAPL), based on a purchase price of $109, is $81.75. So if the stock dropped to $81.75, the order would execute and you'd be carried out of the trade automatically.

But what makes these so powerful is that the exit price increases in lock step as the current value of your investment rises. So if AAPL shares rose to $130, your stop would move up to $97.50, capturing that much more in gains while still limiting your risk to just 25% of your invested capital.

Trailing stops lock in gains and keep losses manageable, but also they offer the added benefit of an unemotional, unbiased exit path when any stock or other investment begins to move against you. Of course, that's also the catch: You have to give up at least some ground before you're stopped out.

That doesn't really bother me because I have a long-term investor's mentality - and I encourage everyone to develop that trait. The daily volatility associated with this kind of gamesmanship is just noise, and hitting the occasional stop is just part of the game.

And, thanks in part to our trailing stop discipline, we have something other investors don't have - the luxury of calmly, coolly evaluating what's happening while deliberating our next steps.