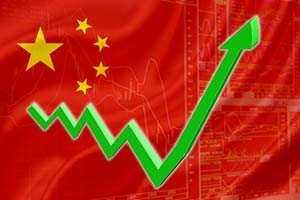 Dow futures forecast a 99-point decline despite news that Asian markets continued to rebound this morning. China's benchmark Shanghai Composite gained 4.8% today, 2.9% of which occurred in the final hour of trading. S&P 500 futures were down -12.50 points, and Nasdaq futures were also in the red at -25.50 points.

On Thursday, the Dow Jones surged in the final 30 minutes of trading to finish up more than 369 points. Markets moved higher as a revision of second-quarter GDP showed the economy may be much stronger than previously reported and concerns over the Chinese stock market faded. The U.S. Commerce Department reported that between April and June, GDP grew at 3.7%, much higher than the 2.3% it had reported last month.