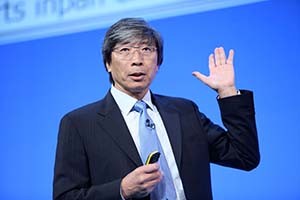 With a net worth of $12.6 billion, Patrick Soon-Shiong, MD, is the world's richest doctor, the richest American in the healthcare industry, and the 96th-richest person on the planet in 2015 according to Forbes.

And just in August, the 63-year-old became $1.1 billion richer -- from a move he'd made only eight months prior, according to Bloomberg...

You see, a vast source of Soon-Shiong's wealth comes from biotech investing. The son of Chinese immigrants to South Africa, Soon-Shiong founded two drug companies in the 1980s. He sold Abraxis and American Pharmaceutical Partners for a combined $9.1 billion. Currently, Soon-Shiong holds eight investments in these five biotech companies:

*Data according to CrunchBase.

On Aug. 6, Soon-Shiong realized a $1.1 billion gain on an investment he'd made right before Christmas.

It proved to be one of the biggest biotech initial public offerings (IPOs) in recent memory -- a holiday gift that kept on giving...

On July 28, NantKwest opened on the Nasdaq at $37 a share after floating 8.3 million shares at $25. That was well over the price talk of 7 million shares at $20-$23. It made the firm the largest biotech in the last decade, with an initial market cap of $2.6 billion, according to Renaissance Capital.

By Aug. 6, NK closed at $28.96 a share. According to Bloomberg Billionaires Index data (which assumes all shares were bought for the same price), that means Cambridge booked a ten-figure gain on its investment.

You Don't Have to Be Rich to Benefit from Biotech Investing

Soon-Shiong is capitalizing on a booming biotech sector.

But you don't have to be a billionaire to make money in the sector...

Watch the following video for five easy steps to improve your biotech investing success. It'll show you how you can easily lower your risk and raise your profits immediately:

how to spot sell out of calls or spreads? it looks easy to understand candle sticks of past price/time charts? not easy to enter or exit. how far away from itm stock price one has to trade spreads in calls and puts and how close to each strike prices of each spread. expiry of the developing condor all debit or credit spreads?