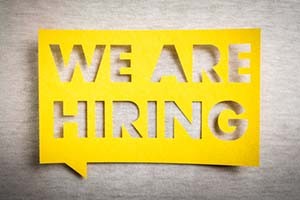 Futures for the Dow Jones Industrial Average today (Wednesday) forecast a 107-point gain. This morning, the markets trimmed gains in the final pre-market hour after ADP reported the U.S. private sector created 190,000 jobs in August, down from economist expectations of 201,000. The data provides a hint into Friday's August employment report, the final such update before the U.S. Federal Reserve's meeting on Sept. 16-17, where the central bank will decide whether it will raise interest rates.

Yesterday, the Dow Jones Industrial Average cratered 469 points as investors weighed new concerns over manufacturing growth in the world's second-largest economy. The New York Stock Exchange implemented a little-used provision called Rule 48 in order to preempt panic selling and ensure orderly trading in times of extreme volatility. This is the second time the NYSE has implemented the rule in the last seven trading sessions. It was the third-largest single-day decline of 2015.

Two reports indicated China's manufacturing sector is ensnared in its worst downturn in several years. The nation's August Purchasing Managers' Index (PMI) dipped to 49.7, down from a reading of 50 in July. Meanwhile, U.S. manufacturing activity was on the decline as well. The August ISM manufacturing index slipped to 51.1 from 52.7 in July. This is the weakest ISM report in more than two years.