Just as I was finishing up my column for Oil & Energy Investor on Monday, information emerged that something was happening with OPEC. I made mention of it in a note appended at the end of that installment, finishing with the observation that it "looks like somebody just blinked."

Well, that somebody is OPEC, and there is much more behind this development, leading to today's discussion.

In its monthly report released on Monday, OPEC indicated it is now willing to discuss production levels with other non-OPEC countries. This is the first indication that the low crude oil price environment has been creating serious problems inside the cartel.

However, this needs to be put in perspective. A "blink" is not "crying uncle." And an op-ed piece appearing in the "OPEC Bulletin" is not a blanket statement of a policy change. But just the same, comments don't find their way into this publication without the consent of the OPEC Secretariat in Vienna and the dominant Saudi presence within the organization.

The OPEC strategy of keeping production constant to maintain market share, even in the face of a precipitous decline in oil prices, has been unraveling for a while. As I have remarked on numerous occasions over the last nine months, the approach has left the cartel seeing budgetary red ink.

Here's what that means for OPEC's production strategy... and the oil market as a whole... 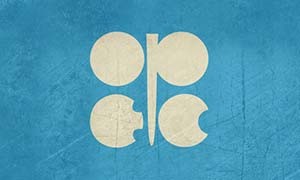 As I noted in the last installment of Oil & Energy Investor, every OPEC member country is now running a budget deficit. Even the most solvent of the group - Saudi Arabia, Kuwait, and the United Arab Emirates - have been affected by this strategy. But the likes of Venezuela, Nigeria, Iran, Libya, and Ecuador are facing impending (or already existing) financial implosions.

For months now, the manner in which OPEC operates has been in disarray. The normal approach is for the Secretariat to estimate global demand and then deduct estimated non-OPEC production. What remains is referred to as "the call on OPEC." That figure is then divided among members into monthly quotas.

However, with the exception of Iran (still laboring under Western sanctions) and Iraq (yet to be given a renewed quota from the cartel), each of the OPEC producers is now regularly producing (and exporting) well above its quota.

The reason is simple. Crude oil comprises the only revenue stream of any consequence. Therefore, despite the low prices, OPEC nations have had no choice but to exceed their quotas and sell volume into a declining market.

That is a recipe for pushing your own profits down at the same time as you drive oil prices south.