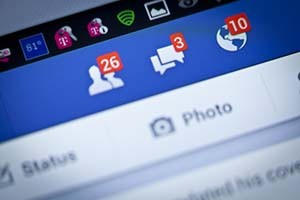 The Facebook stock price was up more than 2% Wednesday afternoon to $89.48 amid a moderate rebound in U.S. equities.

Facebook stock had been caught in the global stock market rout of the past few weeks. After reaching an all-time high of $99.24 intraday on July 24, the Facebook stock price fell below $76 per share on Aug. 24.

Still, FB shares are up an impressive 14.2% year to date, handily beating the broader markets. In fact, the Dow, S&P 500, and Nasdaq all closed at least 10% down from their yearly highs yesterday.

Here are some of the biggest headlines that have moved the Facebook stock price recently:

Today's Facebook shares opened at $88.81. And many on Wall Street view the price dip from its all-time high as a great opportunity to buy FB shares at a discount…