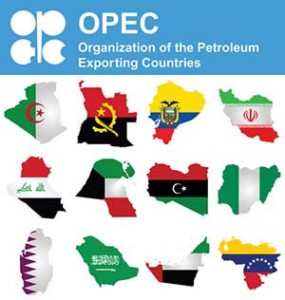 Yesterday, the Organization of Petroleum Exporting Countries (OPEC) expressed distress over the recent rout in oil prices. In a bulletin, the cartel said low prices "remains a cause for concern" and OPEC is "ready to talk to all other producers."

The news has investors wondering: Will OPEC cut production?

Historically, the cartel has been stubborn on the subject of decreasing output. On June 5, OPEC announced it would maintain a collective output of 30 million barrels a day. The decision marked the second time since November 2014 that OPEC defied the global supply glut and weak crude oil prices.

Now, the cartel is desperate as the price crash challenges its oil-rich members like Iraq, Libya, and Venezuela. Their economies make most of their money from oil export revenue, which significantly decreases when prices are as low as $45 a barrel.

Venezuela is hurting the most. In fact, the OPEC country contacted other members on Aug. 27 to organize an emergency meeting. Venezuelan energy officials reached out to Mohammed al-Sada, Qatar's oil minister and president of the OPEC conference, to figure out a plan to defend both prices and market share.

"Venezuela is genuinely concerned that if no action is taken prices are going to drop further," an OPEC delegate told The Wall Street Journal. "They also understand that OPEC alone cannot help much and there is a need for cooperation with producers outside OPEC."

OPEC is mainly concerned with Russia's cooperation. Russia stated in June it will not fulfill the cartel's wish to cut its own production. Officials from Saudi Arabia and Kuwait, considered OPEC's power center, stated an emergency meeting would be futile since Russia refuses to cooperate.

With all of this dissension among the ranks, people are wondering if OPEC will cut production...

Will OPEC Cut Production This Year?