Make no mistake about it: A stock market crash happened last Monday.

And it was terrifying.

Stocks bounced on Wednesday and Thursday, with the Dow Jones Industrial Average gaining back more than 1,000 points.

Now investors want to know: Was last Monday's doubling over a below-the-belt hit?

Was the rally back Wednesday and Thursday an "all clear" signal?

Was Friday's action indicative of anything?

Here's the truth about last week, what's going to happen next, and what you should do...

Setting the Scene for the Stock Market Crash 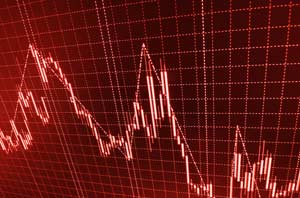 Let's look at the market conditions heading into last week.

Stocks had been weak. It had been hard to tell from the sideways action exhibited by the major averages, but beneath the headline numbers, more than half of all stocks were trading below their 50-day moving averages.

Indeed, even before Monday's tumble, a lot of stocks had dipped below their 200-day moving averages.

There had been profit-taking toward the end of the previous week. That tipped the balance between investors thinking we would break higher from the sideways trend and investors who saw lackluster action as a reason to take profits off the table.

With bulls and bears facing off in this sideways market, the backstory had become China.

Economic growth in China has been slowing, and Chinese stocks had been getting killed. When U.S. investors woke up last Monday morning and saw the Shanghai Composite Index down 8.5%, they panicked.

And that's what happened. At the open, the Dow dropped more than a 1,000 points for the first time in history. But what really happened was worse.

Last Monday's market plunge started out as a story about China, but ended up being about the mispricing of exchange-traded funds (ETFs) and mutual funds and stop-loss orders getting triggered when they shouldn't have been. It's about how high-frequency traders have turned exchanges into casinos, how the markets are truly broken, and how it's only a matter of time before they implode and take the economy down with them.

By the way, the word is stanch (stanch the bleeding) not staunch. Common error. Despite the fact that they're now considered almost interchangeable due to widespread misuse, they aren't.