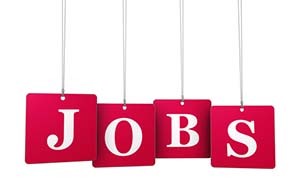 Dow futures forecast a 267-point decline after the U.S. Commerce Department announced that the unemployment rate hit 5.1% in the month of August -- the lowest U.S. unemployment rate in seven years. The U.S. economy created 173,000 jobs, which was fewer than expected. Although China's stock markets are closed today, the Japanese Nikkei hit a seven-month low ahead of U.S. jobs data. The index fell more than 2.3% as concerns about the Japanese economy continue to rattle investors.

Yesterday, the Dow Jones was largely flat, gaining just 23 points in a topsy-turvy session as traders prepared for today's employment numbers. The biggest drag on the DJIA was Caterpillar Inc. (NYSE: CAT), which slid more than 2.2%.

In other news, the European Central Bank (ECB) may further loosen monetary policy in order to stimulate the struggling economic bloc. ECB head Mario Draghi said the economic growth worsened in August and new risks are plaguing the European economy, including lower commodity prices, a stronger euro, and a negative outlook on inflation.