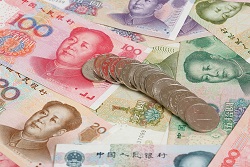 Futures for the Dow Jones Industrial Average today (Tuesday) forecast a 270-point gain on expectations of future stimulus by the People's Bank of China.

The stock market was closed on Monday due to the observance of Labor Day in the United States. Yesterday, shares of mining and commodities giant Glencore fueled European markets to gains after the firm announced plans to slash its debt costs by more than 30%. Meanwhile, China stocks slumped after a four-day break from trading.

On Friday, the Dow Jones was down 267 points after the U.S. Labor Department announced the unemployment rate hit 5.1% in the month of August – the lowest U.S. unemployment rate in seven years. The U.S. economy created 173,000 jobs, which was fewer than expected. Although China's stock markets were closed Friday, the Japanese Nikkei hit a seven-month low ahead of U.S. jobs data. The index fell more than 2.3% as concerns about the Japanese economy continue to rattle investors.