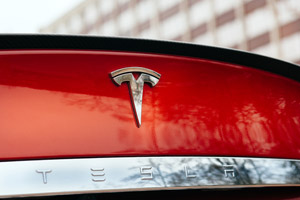 One of the biggest reasons TSLA has outperformed in 2015 is the unveiling of Tesla's new home battery.

Earlier this year, Tesla announced a new line of home units built using the same lithium-ion batteries used in Tesla cars. Different models store either 7 kWh or 10 kWh of solar power. It's a major shift for Tesla, making it more than just a car company.

Wall Street analysts aren't the only ones with bullish Tesla stock predictions. Money Morning experts have been recommending TSLA stock as a great long-term investment for investors who are willing to take on some risk.

And according to our experts, Tesla stock is one of the best long-term investments you can make today...