Having experienced their first true stock market correction in four years - and the potential beginnings of a rebound in the three weeks since - investors are naturally asking whether now is a good time to buy stocks ahead of the Fed meeting tomorrow.

You can see why it might be attractive to "buy the dip."

After all, buyers of previous dips have been met with success, as the major stock indices have hit one new high after another since the financial crisis.

Plus, this "buy the dips" mentality has been reinforced by the financial media and Wall Street, which have cheered on the post-crisis rally with little attention to the reasons why stock prices have risen steadily over the last four years.

If you really want to buy stocks right now, I've got one question for you first.

Here's What Caused the August Sell-Off 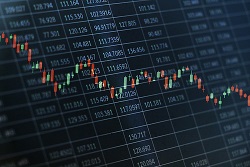 While one single factor wasn't responsible for the drop, the biggest contributor was undoubtedly the move by China to devalue its currency. While the devaluation itself was relatively minor (only a couple of percentage points), it signaled that Chinese authorities viewed the collapse of China's stock market bubble as an admission that the country's economy was far weaker than it had previously admitted.

In fact, China's stock market bubble was the third stage in China's efforts to inflate its economy since the financial crisis. All three stages involved an epic build-up of debt that was unsustainable and has now likely come to an end. The first two stages were an enormous real estate expansion and massive offerings of financial products through the country's shadow banks. Both activities involve out-of-control speculation financed by debt that has little chance of being repaid.

U.S. stock investors were willing to ignore the collapse of China's stock market bubble. After all, it was a bubble, and bubbles burst. They were even willing to ignore signs that the U.S. Federal Reserve would raise interest rates by 25 basis points as soon as September. After all, it's only 25 basis points. But when China devalued its currency without warning, it freaked them out. It told them that China's wise men, who had already stumbled badly in handling their stock market collapse, were seriously worried about the country's economy.

And they should be.

Since 2007, total debt in China has quadrupled from $7 trillion to $28 trillion, according to the McKinsey Global Institute. This leaves an economy 60% the size of the United States with much more debt than this country, which is clearly unsustainable. When the stock market cracked, it was game up. China decided it had to devalue its currency in a last-gasp effort to keep itself afloat.

But it isn't going to work.