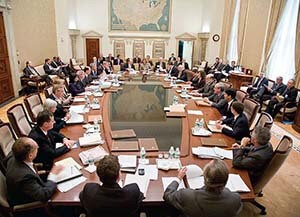 Futures for the Dow Jones Industrial Average today (Wednesday) were flat – forecasting a meager 4-point gain – as the markets prepare for the U.S. Federal Reserve's two-day summit on monetary policy.

Last night, the chief economist of Goldman Sachs Group Inc. (NYSE: GS) raised concerns about the markets due to a lack of consensus over the Federal Reserve's views on monetary policy. Jan Hatzius predicted the central bank will not raise interest rates until December.

But don't underestimate the stupidity of the Federal Reserve, says Money Morning Chief Investment Strategist Keith Fitz-Gerald. In an interview with FOX Business this week, Keith explained that the Fed has missed every major economic event over the last seven years, and they might just misjudge the markets and the economy again this week. Watch the interview right here.