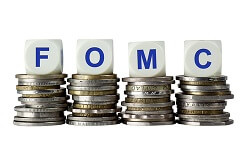 Futures for the Dow Jones Industrial Average today (Thursday) were down 38 points as investors took some gains off the table ahead of the FOMC meeting interest rate announcement. This morning, weekly jobless claims totaled 264,000, beating consensus expectations of 275,000.

On Wednesday, the Dow Jones Industrial Average added 140 points as investors seemed less expectant of an interest rate hike by the U.S. Federal Reserve in the wake of weak inflation figures.

So, will the Federal Reserve raise interest rates? Don't be surprised if it does, says Money Morning Chief Investment Strategist Keith Fitz-Gerald. They've been wrong before on the economy and the recovery, and they're prone to making mistakes again. But if they do raise rates, here is a breakdown of the best types of stocks to own in the event of a rate increase.