In a major piece of Bitcoin news, the Commodity Futures Trading Commission (CFTC) ruled that the digital currency is a commodity.

It's a significant step along the road toward Bitcoin regulation. While some early adopters of Bitcoin would prefer no government involvement with Bitcoin, Bitcoin regulation is necessary for the digital currency to play any meaningful role in the financial system. 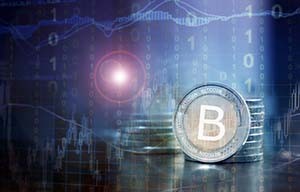 The CFTC ruling was issued simultaneously with an order against San Francisco startup Coinflip Inc. for "operating a facility for the trading or processing of commodity options without complying with the CEA [Commodity Exchange Act] or CFTC regulations."

Coinflip had launched a Bitcoin options exchange, Derivabit, in March 2014. The company consented to the order, but it was somewhat of a moot issue.

Coinflip CEO Francisco Riordan told Bloomberg the company halted trading in July 2014 and refunded customers' money because "there wasn't enough trade volume for the site to sustain itself."

But what really matters is the clarification of the CFTC's position that it does indeed consider Bitcoin a commodity, an action it has been leaning toward since last year.

"It is no surprise that the CFTC would exercise its jurisdiction over futures and options trading of Bitcoin, as it does with any other commodity," said Perianne Boring, founder and president of the Washington-based Chamber of Digital Commerce. "We believe that a well-functioning and appropriately regulated futures and options market in Bitcoin is an important step in the overall development of the Bitcoin ecosystem, and that the CFTC is the appropriate regulator for such activity."

It means that any company interested in operating a trading platform for Bitcoin derivatives, futures, or options will need to register as a swap execution facility or designated contract market with the CFTC.

Most other ways of investing in Bitcoin should not be affected, but regulators have struggled with the digital currency.

How the CFTC Bitcoin News Will Affect the Digital Currency

And the CFTC decision does add a new wrinkle, according to New York Law School professor Houman Shadab, who has studied Bitcoin's relationship to the financial world.

"The action puts to rest any notion that virtual currencies qualify as securities. Otherwise, the Securities and Exchange Commission would be bringing this action, not the CFTC," Shadab told CoinDesk.

But what about the long-awaited Bitcoin ETF, the Winklevoss Bitcoin Trust?

Those doofuses at the CFTC cant even keep gold and silver from being manipulated. What makes them think they can control Bitcoin