So, the Fed's going to wait to hike interest rates. That suits us just fine. Even if they had raised rates yesterday, it would still be way down on the list of risks we face right now.

At the top of that list, though, are what I've called the "Three Cs" of risk in this market: China, commodities, and currencies.

We've watched it start with China and cascade down through the currencies of those countries that have broad exposure to the Chinese economy - and the huge quantities of commodities that China's juggernaut economy consumes.

But that domino effect of risk and volatility is opening up a big opportunity on the other side of the world.

That's where the smart money is headed - and I'm going to show you the best way to profit from this shift...

Australia and New Zealand Are in This Together 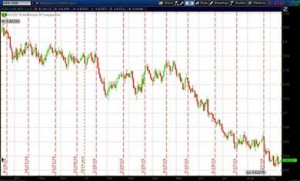 Australia, New Zealand, and Canada have all seen their economies slowing in the last year. It really shows in the collective plunge their currencies have taken.

While Canada has seen the loonie drop nearly 19% to the U.S. dollar, Australia and New Zealand have taken the brunt of the global slowdown.

Australia has seen the Aussie drop 22% in the last year. New Zealand's kiwi has had the biggest drop of the three, trading 23% lower than the U.S. dollar during the past year.

I'm convinced that these slumps will continue for as long as resources and commodities stay depressed.

But I'm equally convinced that the worst of these drops will soon be over. 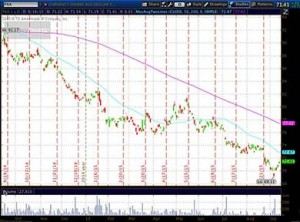 Currently, FXA is trading just off yearly lows at about $71.41. Simply buying 100 shares at the current price will cost you about $7,141 plus commissions.

Now with a cash transaction, you have no leverage - and with such furious volatility in the currency markets, that's probably a good thing. So let's base our long-term target on the 200-day moving average at $77.42.

Now one more step here will minimize the risk and give you a chance for an even bigger gain...

Lower Your Risk, Boost Your Reward

First, there's very little chance that the Australian dollar will go down to zero.

We can do even better with this options play, though... 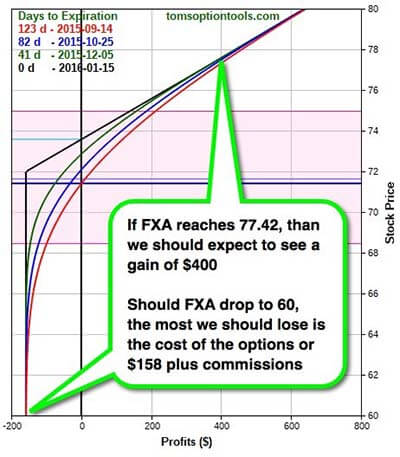 Here's the target and risk profile. I'll give you a hint: It's mighty attractive...

1. Long on US Dollars
2. Purchase call options on the Aussie

Felix, its a good argument. While I believe the trend is down, there could be a short term snap back. I (selfishly) hope it continues to move lower, as I am buying land in NZ, so call buying FXA against the NZ dollar land purchase over time will reduce my directional risk. If AUD and NZD do decide to move higher, the calls would offset the NZD/USD difference to some degree. Although I could to a complete lock buying FX pairs against the purchase, and unwinding them as I pay down the obligation.

So you see, the article is more of an education into what could happen, and how to best take advantage and/or protect your interests. I do agree that stepping in front of and trading against this trend without some limited risk is crazy.