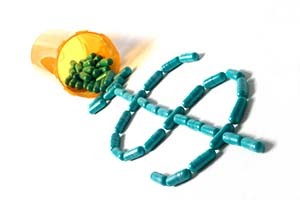 Martin Shkreli – the CEO who raised the price of a drug called Daraprim 5,000% on Monday – has finally relented and promised to lower its price back down. To what amount is not yet known.

Daraprim is a life-saving medication used to treat a parasitic disease called toxoplasmosis. Pregnant women and people with compromised immune systems are particularly at risk.

Shkreli hiked its price from $13.50 to $750 per pill after his company, Turing Pharmaceuticals, bought the rights to the drug.

But Shkreli said in a phone interview with NBC News on Sept. 22 he'd reverse his iniquitous act because of "the anger that was felt by people." He went on to explain that he is not a villain and should not be painted as such.

In fact, he suggested that, were viewers in his position, they'd raise the price too…

"We need to turn a profit on the drug," he told Bloomberg News on Sept. 21. He explained that newer versions of the medication needed to be developed – a costly prospect. Hence, the price hike.

The business model he used – flat-out buying the rights to drugs – is one of the oldest profit tricks in the book. Last year, 2016 presidential candidate Sen. Bernie Sanders (I-VT), along with Rep. Elijah Cummings (D-MD), went after Valeant Pharmaceuticals Intl Inc. (NYSE: VRX) when it raised the price of Doxycycline. The common antibiotic went from $20 a bottle in 2013 to $1,849 in 2014.

So say you were in Shkreli's position…

Would you hike up the price of a drug enough to reap millions from it? Leave a comment on the Facebook post below and let us know:

LET US KNOW
Would you hike up the price of a drug enough to reap millions from it? Leave a comment on the Facebook post below and let us know:

WHAT WOULD YOU DO? Martin Shkreli, executive chairman of Turing Pharmaceuticals, raised the price of life-saving…

Proclaimeth Pope Francis: "Capitalism is the 'dung of the devil.'" These were the pontiff's precise words on July 9, when he delivered an impassioned speech on the bane of capitalism in Bolivia. A little more than two months later and Pope Francis is here in America – the heartland of capitalism…