Recently I responded to several reader questions about tech investing.

But there was one question I decided to save because it deserves its very own conversation. It comes from "Gwynne B," who describes herself as being 70 years old and an investing "true novice" - and wants to know how to get started with tech investing.

I get this question all the time from everyone from college students to retirees.

And the advice I want to share with you today applies to just about everyone who is just getting started in the stock market - even the very turbulent market we've been seeing all year long.

Today I'm going to show you three investments that will do two things.

First, they will help you get started by providing a solid foundation for your portfolio.

Second, I believe all three will crush the market over the next several years... 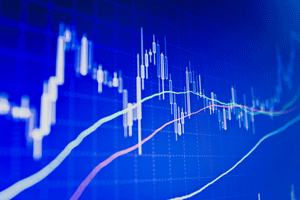 Let me start off by saying it's never too late - and rarely a wrong time - to get into the stock market. I say that because a lot of investors are worried about the market's current volatility.

After all, of the 24 trading days between Aug. 20 and Sept. 23, the Standard & Poor's 500 Index experienced eight trading sessions with gains or losses of more than 2%. That means the broad market showed big - and often scary - moves about 33% of the time.

Moreover, the S&P 500 is now down roughly 6% for the year. But rather than let that scare you off, you should now be making plans to invest for the long haul and look on this period as one with new buying opportunities.

As I like to remind investors, the road to wealth is paved with tech - particularly if you take the long view. Just look at how much tech has beaten the broader market over the past decade.

During the period, the S&P 500 is up a respectable 60.5%. By contrast, the tech-centric Nasdaq Composite Index has gained 124%.

I'm not surprised. See, we've passed the tech "tipping point" to such an extent that we are now living in what I call the "convergence economy."

We have deepening interrelationships that run so deep that the U.S. economy now depends on high tech. From smartphones and tablets to GPS for your car and Wi-Fi for your home and office, all of these devices form the backbone of how we work and live.

So, I still strongly believe you should be investing in tech stocks in up markets and choppy ones alike. And a great way to get started is to focus on ETFs, or exchange-traded funds.

Tech ETFs give you a great blend of specialization and diversity because you are buying a basket of stocks in particular fields. ETFs are the single easiest and most cost-effective way to get started in high tech and should be viewed as laying the foundation for the rest of your portfolio.

The best way to play a vehicle like this is to invest regularly. When the market is up, you buy fewer shares, and when the market is off, as it was last week, you buy more. This lowers your average costs and increases your long-term profit.

Here are three tech ETFs you should take a look at and add to your portfolio right now.

Michael Robinson was an enthusiastic supporter of Alibaba a year ago when it debuted in its IPO last year. He remained a bullish investor on the China Story until their market crashed this past August.

Well, I too was caught up in the hoopla over the China Story at what turned out to be the peak of the market when I bought 100 shares of Alibaba. Since this August, I have been underwater on this company. Its earning are down, reflecting a reduced global economy.

Generally, overseas investments have been losers in the past year. However, Alibaba can still produce a reward to those who got their capital gains elsewhere. Sell BABA and EEM and reap a good tax loss credit on your 2015 Tax Returns. Remember, the China Story is still a long term value play. Think ten years from now and remain patient.