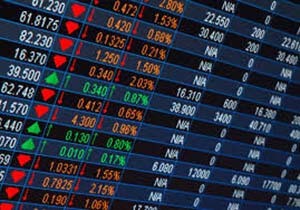 Dow Jones futures today are up 33 points after a monthly update on Japan's industrial production offered greater clarity into the impact of China's slowdown on one of the world's largest economies.

The U.S. housing market is in focus with the July release of the Case-Shiller Home Price Index, set for 9 a.m.

On Monday, the Dow Jones fell 312 points as concerns about China's economic growth weighed on investor sentiment. Healthcare stocks slumped another 4% as a sell-off in biotech stocks continued.

Meanwhile, the S&P 500 slipped below the psychological barrier of 1,900 for the first time since Aug. 26. The S&P 500 dipped nearly 50 points, or 2.6%, while the Nasdaq Composite fell 142 points, or 3% after a massive sell-off in healthcare and biotech stocks. Go here for our top story today on what the S&P 500's move below 1,900 means for markets going forward…