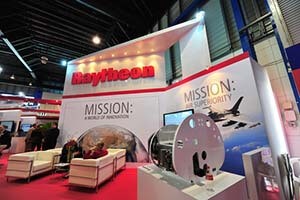 The Raytheon stock price jumped 1.5% to $107.25 Tuesday morning after announcing it has a new $1 billion cybersecurity contact with the U.S. Department of Homeland Security.

The contract runs for the next five years. Some orders could be extended an additional two years.

This comes after the U.S. Office of Personnel Management recently suffered one of the most harmful breaches in history.

Raytheon has invested some $3.5 billion over the last several years to expand its cybersecurity capabilities. In June, the company opened a new 30,000 square foot cybersecurity center in the Washington, D.C. area.

The focus on cybersecurity has helped the Raytheon stock price climb 11.5% in the last three months.

Here's a look at how they've ramped up their cybersecurity program…