Following a summer rout, global stock markets are on track to log their worst quarterly performance since 2011. 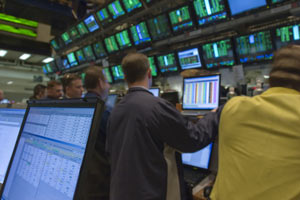 "Global equities are closing in on their worst quarter since 2011, with a number of factors fueling fears in an already jittery market, including weak global growth, driven by deceleration in emerging markets, particularly China," Barclays wrote in an investor report Wednesday.

One of the worst performing global stock markets was China's Shanghai Composite Index. China's key benchmark shed 25% in the quarter, marking its worst showing since 2008.

Emerging markets will report their worst quarter since 2008, according to data Wednesday from the International Institute of Finance (IIF). Amid the sell-off, investors across the globe dumped $40 billion of emerging market assets.

The International Monetary Fund also downgraded its global economic outlook in July. The IMF lowered its 2015 global growth forecast by 0.2% to 3.3%. That's down from 3.4% in 2014. It's also the slowest pace since the world economy contracted in 2009.

In fact, Citigroup released an alarming report on the state of global economy earlier this month. The most likely scenario, according to Citi, is one in which China drags the world into a global recession.

Here's what's next for the global stock markets, and how you can prepare yourself...