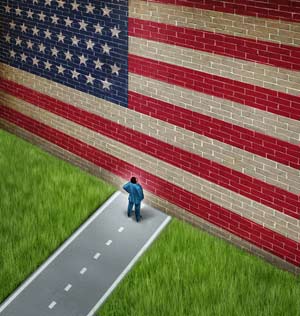 It's no wonder why the U.S. Senate voted overwhelmingly today (78-20) in favor of legislation that's on track to avert a government shutdown October 1.

Now the U.S. House of Representatives must pass it before the midnight deadline...

The last-minute funding bill would fund federal agencies through Dec. 11. It would also extend emergency funding to fight wildfires and extend the expiring authority of the Federal Aviation Administration.

Every single Democrat in the Senate voted to pass the bill. Both Sens. and 2016 presidential election candidates Marco Rubio (R-FL) and Linsdey Graham (R-SC) were absent for the vote. The Senate currently consists of 44 Democrats, 54 Republicans, and 2 Independents, both whom caucus with the Democrats.

The bill is expected to be approved by the House later today, ahead of the midnight cutoff. Should it go through, Senate Majority Leader Mitch McConnell (R-KY), Speaker John Boehner (R-OH) and his successor, and U.S. President Barack Obama will have 72 days to come up with more than a stopgap measure to lay a 2015 government shutdown to rest.

But approval of the bill is not guaranteed, and these other two obstacles mean there could still be a government shutdown in 2015...

The issue behind a potential government shutdown this year involves financing for reproductive healthcare provider Planned Parenthood. House Republicans just voted on Sept. 18 to block all federal financing for the nonprofit.

You see, a growing number of GOP legislators have said they will not vote for a budget that funds Planned Parenthood. That's because an antiabortion group called the Center for Medical Progress (CMP) accused Planned Parenthood of selling aborted fetuses for a profit - a charge which PP has denied. [Editor's Note: Get a breakdown of the Planned Parenthood funding debate here...] 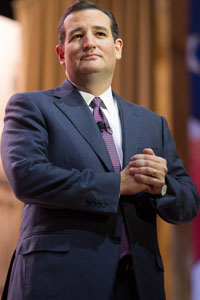 The heated race among the 15 Republican presidential hopefuls has contributed to making the Planned Parenthood debate even more of a hot-button issue. Candidate/Sen. Ted Cruz (R-TX) has been the most adamant opponent to funding the nonprofit in the Senate. According the The Hill, a group of House conservatives plan on joining with Cruz later today and offering an amendment defunding Planned Parenthood to the appropriations measure - and so that obstacle remains today.

A second obstacle to avoiding a government shutdown - albeit on the later, Dec. 11 date - is that McConnell plans to bring several appropriations bills to the Senate floor and force Democrats to vote on them in a bid to highlight their obstruction, reports to The Hill. To that end, Democrats said they'd filibuster those spending measures.

"Now that the [continuing resolution] appears to be on track, we can turn back to the last step in the Senate's normal appropriations process, and that is getting the funding bills passed here on the floor," McConnell said.

Playing Chicken with the $18 Trillion U.S. Economy: The full cost of the last government shutdown two years ago was staggering - it delivered a $24 billion blow to the U.S. economy and taxpayers. Now we may be about to do it all over again. "The way I see it, wingnuts on both sides of the aisle are playing chicken with an $18 trillion economy and world markets once again," Money Morning Chief Investment Strategist Keith Fitz-Gerald said. Here are a few costs of a government shutdown in 2015 we can anticipate...