We now have another indication that the oil pricing environment is causing a constriction in forward project commitments in the oil sector: Two more supermajors recently announced that they will cut capital spending.

First, French international giant Total SA (NYSE ADR: TOT) said that it was dramatically lowering its capital spending, delaying the start of projects, and increasing cost-cutting measures in the face of low prices.

The latest cut amounts to $3 billion, but combined with others previously announced, the company plans to bring the amount it spends on oil and natural gas projects down from a high of $28 billion in 2013 to $20-$21 billon in 2016 with a "sustainable level" of annual capex at $17-$19 billion from 2017 onward.

The news had hardly sunk in when an even bigger news flash hit. After being the focus of intense political battles over several years, Royal Dutch Shell Plc. (NYSE ADR: RDS.A) indicated it would stop its $7 billon offshore drilling program in the Arctic.

These two announcements are the tip of a much bigger iceberg. The curtailment of future project commitments is just one of the results of low prices.

Here's the other major effect, how it will shake up the oil industry, and how one group of companies will come out on top...

A Tipping of the Supply/Demand Scales 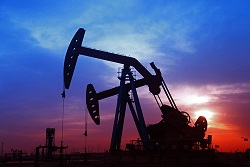 The other big change I'm seeing is a rather significant shift in production emphasis.

I have discussed this in Oil & Energy Investor before. It is important to remember that, while pundits may note shifts in demand (often misinterpreting what the figures mean), the overall trend remains up. Demand, as with price, is determined by global, not domestic, factors. And worldwide demand should end this year at the highest point ever recorded.

With demand there, the question of why prices are subdued falls on the supply part of the equation. And it is here where the traditional trade-off changes.

In the not so distant past, an equilibrium between the two parts of the supply/demand relationship was what the market sought.

Spiking demand meant additional supply was needed, with prices rising until the new volume made it to market. Rising supply, on the other hand - absent additional demand to meet it - would result in lower prices.

That may still be the case these days, but with one huge caveat. Unconventional production - shale and tight oil - has tipped the scales. So many additional extractable reserves are now available in the United States that the ability to move them online has fundamentally altered global pricing expectations.

Great for those aspiring for "American energy independence," but not so great for the companies trying to survive in such a brave new world. It is as if the supply part of the equation is no longer a concern.

What has occurred, however, has hit with a different effect, depending on what kind of production is undertaken. The more expensive, deeper horizontal drilling requiring fracking to open up rock is now under significant strain.

Such drilling has made the Eagle Ford Shale in South Texas and the Bakken Shale in North Dakota focal points for the new drilling. But such deep wells - often below 10,000 feet - are expensive. An average outlay of $5 million per well for all aspects of a project is hardly unusual.

It is true that such fracked wells can produce a substantial amount of oil, higher on average than conventional vertical wells. But the current price does not support such outlays.