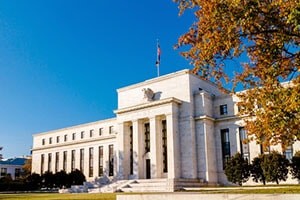 Futures for the Dow Jones Industrial Average today (Thursday, Oct. 8, 2015) slipped 55 points in pre-market hours as the earnings season unofficially kicks off and traders await the release of the minutes from the Fed Open Market Committee meeting in September.

On Wednesday, the Dow Jones Industrial Average added 122 points, despite broader market concerns about corporate earnings and the end in the crude oil price rally.

Yesterday, the biggest elephant in the market was further exposed after Bank of America Corp. (NYSE: BAC) announced banks have roughly $100 billion in exposure to struggling energy giant Glencore Plc. (LON: GLEN). Money Morning Global Credit Strategist Michael Lewitt has explained this stock has a long way to fall and might be the energy market's "Lehman Brothers" moment…