EMC Corp. (NYSE: EMC) shares rose more than 5% to $27.44 Thursday (today) on news the data storage company is in talks to be acquired by Dell Inc.

Now investors are asking us, "Will Dell buy EMC?" 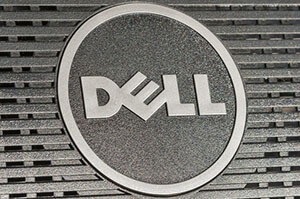 Nothing official has been announced yet, but if a deal transpires, it would be one of the largest technology acquisitions ever.

EMC has a market cap of $50 billion, and Dell Inc. is the world's third-largest computer maker. The PC giant was taken private in October 2013 in a $25 billion buyout coordinated by founder Michael Dell and private equity firm Silver Lake.

EMC thrived in the 1990s as companies rushed to bulk up on storage gear. Later, as customers reduced spending on storage equipment, EMC revamped its product line to meet the growing needs of the mobile market and other emerging technologies.

Still, the EMC stock price has underwhelmed investors. Even with Thursday's gains, EMC shares are down 9% year to date. And now the industry is becoming more crowded...

Just this week, another highly anticipated tech storage IPO hit Wall Street with the Pure Storage Inc. (NYSE: PTSG) IPO. While the stock was greeted with a lackluster reception, ending the first day at $16.01 after pricing at $17 a share, the IPO brings increased competition to the market.

In 2014, activist investor Elliott Management took a 2% stake in EMC. The hedge fund has pushed EMC to spin off its VMware subsidiary. EMC own 80% of VMware Inc. (NYSE: VMW), a virtualization infrastructure solution company that boasts a $34.35 billion market cap.

For Dell, buying EMC would bolster its footprint in the PC market and strengthen its presence among corporate clients. Founder Michael Dell has been trying to revamp his namesake company founded in 1984. The goal is to morph Dell into a complete provider of vast enterprise services like Hewlett-Packard Co. (NYSE: HPQ) and International Business Machines Corp. (NYSE: IBM).

If a deal is completed, Dell would likely become a publicly traded company that effectively controls EMC, according to CNBC.

Still, even some analysts are asking, "Will Dell buy EMC?" Many remain skeptical...