Here are the details…

Allegations in the Bill Gross Lawsuit Against PIMCO 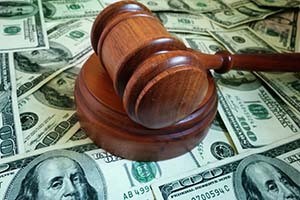 Gross earned his nickname, the "Bond King," when he co-founded PIMCO in 1971 and was subsequently responsible for its assets. The firm is one of the world's largest bond fund managers, with $1.5 trillion in assets under management.

The lawsuit alleges PIMCO wrongfully terminated Gross, breaching a written contract in the process. He was expecting a bonus of about $250 million last year – the bulk of that amount due in the latter half of 2014. But because he left the company just a few days prior to the end of 2014's third quarter, PIMCO refused to pay him.

Gross claims this loss of funds amounted to damages of $200 million.

So he left… loudly…

The famous financial manager's departure shook the bond market. Investors started accelerating withdrawals from the firm's Total Return Fund. In April 2013, PIMCO reported $292 billion under Gross' management. By the end of September 2014, however, when Gross bid the company adieu, it reported a paltry $95.5 billion.

Of course, with monumental news like Gross suing his former legacy firm, op-eds popped up on every corner of the net.

On one hand, there are skeptics who suspect ulterior motives behind the Bond King's legal actions; on the other, many support a Bill Gross lawsuit.

One blogger compared Gross' allegations to a Shakespearian plot. Still others think his case is necessary in clearing his name. Plus, if he wins, he has promised to donate the money to charity, reported Bloomberg Business. That couldn't be a bad thing, right?

We'll let you decide for yourself…

It's a Big Act: The star of the Hillary Clinton-Wall Street farce herself, Democratic presidential candidate Hillary Rodham Clinton, announced plans to crack down on Wall Street on Thursday, Oct. 8. The former secretary of state is expected to fully outline how she intends to accomplish that goal… by talking out of the side of her mouth…