To say they're in firm command of the obvious is an understatement.

Still, millions of investors were surprised, and the stock got shellacked. It dropped more than 5% before fighting back late day to a close of $30.65. That's simply stupefying to me. Not that it dropped, mind you, but that anybody was surprised. 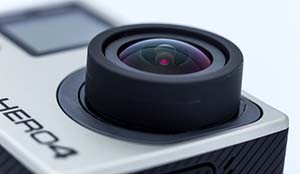 I've been telling you that the company was a train wreck since before it IPO'd and fell all the way down from its peak over $90 a year ago. In fact, as recently as last week, Sept. 30, I reiterated that the company was not worth your time nor your money - unless, of course, you were shorting it.

GoPro Inc. (Nasdaq: GPRO) is a worse value trap now than ever, and any investor who gets sucked in now is playing with fire.

Kinda reminds me of the Chicago Cubs... after 107 years without a World Series title, maybe - just maybe - this year will be the year.

Here's why GoPro stock is worth $15 at best and, even then, probably only as an acquisition for a bigger player keen to absorb GoPro technology.

I've repeatedly encouraged you to avoid initial public offerings because they're little more than a carefully engineered trap set up by Wall Street and sprung on unsuspecting investors.

We've talked about companies like Shake Shack Inc. (NYSE: SHAK), Zoe's Kitchen Inc. (NYSE: ZOES), FitBit Inc. (NYSE: FIT), and Twitter Inc. (NYSE: TWTR), among others, as examples of what happens when founders get caught up in their own grandeur.

Investment bankers care about perception and hope. They want to lure you in because doing so is worth hundreds of millions in fees to them when an offering is concluded. After that, they don't give a rip; they've made their money.

Investors care about growth, revenue, and company operations. And, when reality doesn't live up to the hype, they have to deal with risks that aren't always apparent during the IPO process.

That's the situation with GoPro.

No doubt the technology is fabulous. The very notion of a small, high-quality camera is like catnip for adventurous souls who want to share their world with others.

Analysts were quick to latch on to that possibility, noting that content creation would feed demand and that demand would, in turn, drive content creation. Everybody wants to share, goes the thinking.

Here's how Goldman Sachs visualized the relationship for clients:

I think you said the very same thing about Facebook in 2012, "not worth $7.00, let alone $70.00/share", I vividly recall. All it does is keep going up along with the rest of the market. They have about 2 Billion users. They all use the site to some extent, so revenue is a given just based on scale and volume. Now, its positioning itself to be the next Goggle. What gives?

You have a good memory. I am guilty as charged and, incidentally, still think it's worth only about $7 a share. The markets, though, think differently which is why we always keep risk management front and center – just in case.