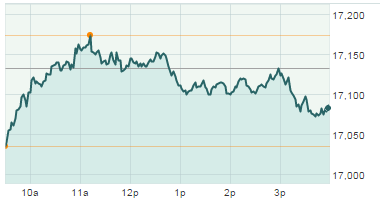 For Oct. 13, 2015, here's your top stock market news and stocks to watch based on today's market moves…

The Dow Jones Industrial Average today (Tuesday) dropped 49 points as broader concerns about the Chinese economy again rattled investors' confidence. Meanwhile, traders remain on guard as September-ending earnings trickle out of corporate compliance offices around the country and weak profit expectations remain the norm. According to data released this morning, China's imports slumped by 20% in September, a sign of weak domestic demand and an indication the nation's economic growth is not on pace with state expectations. This morning, the nation announced a fresh round of stimulus efforts to bolster its sputtering economy.