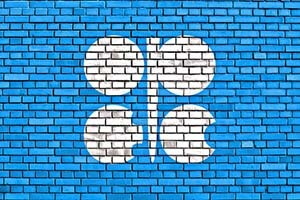 On Oct. 3, Russian Minister of Energy Alexander Novak announced his country is ready to meet with OPEC to discuss the crash in oil prices. Reuters reports the OPEC and Russia meeting is set to occur at the end of October.

According to Money Morning Global Energy Strategist Dr. Kent Moors, this is a critical development for the energy industry.

Because if OPEC and Russia don't solve the low oil price crisis, numerous global economies could be in danger...

Why OPEC and Russia Haven't Joined Forces Yet

Saudi Arabia - the de facto leader of OPEC - has tried to establish relations with Russia for years. That's because Saudi officials want in on Russia's massive oil reserves and geopolitical dominance. After all, adding Russia to the 12-member cartel would boost OPEC's market share by about 33%.

But Saudi Arabia and Russia have constantly fought over market share. Their main battleground in recent years has been Asian exports. Energy demand is expected to skyrocket through 2035 in Asia, and both countries are trying to increase their export numbers there.

The conflict between the two came to a head in November 2014, when Russia refused Saudi Arabia's request to cut production. Russia declined in order to defend its own share of the oil market. OPEC followed suit by maintaining the cartel-wide output at 30 million barrels a day.

Since oil exports are its main source of revenue, the Russian economy has crumbled alongside oil prices in 2015. According to the IMF, Russia's energy exports made up 65% of all exports, 52% of its federal budget, and 14.5% of its GDP last year.

But Russia isn't the only major exporter suffering. Oil-rich OPEC members like Iraq, Libya, and Venezuela have been beaten down since their economies only prosper when oil costs above $100 a barrel.

If these countries don't fight to revive oil prices within the next year, their citizens might start fighting back themselves. That's why OPEC and Russia could team up.

"A transition of the crisis to the political realm would mark the beginning of a Latin American parallel to the Arab Spring," Moors explained. "But investors might find that Russia's new willingness to talk production cuts with OPEC provides a break in the weather."

Here's how the OPEC and Russia meeting could improve oil prices...