Sen. Bernie Sanders' (I-VT) presidential campaign announced the contributions were made by more than 37,600 individuals and averaged $34.58. The burst of donations rolling in Tuesday night peaked at 10.5 donations per second, the campaign boasted.

An email solicitation for Sanders went out to supporters while the debate was going on. It included a video asking for contributions "before Bernie steps off the stage." 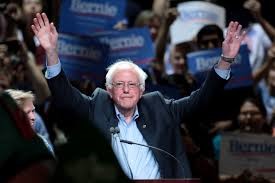 The email included a video with what was unquestionably the most talked about moment of the debate.

"Let me say something that may not be great politics," Sanders said. "But I think the secretary is right, and that is that the American people are sick and tired of hearing about your damn emails."

Sanders cited the collapse of the middle class and the number of young people looking for decent jobs as far more pressing problems.

Sanders said the money that poured in Tuesday is a reflection of the enthusiasm for his campaign. Sanders had already raised $26 million during Q3. That was just behind Hillary Clinton's Q3 total of $28 million.

The bulk of Sanders' $41 million raised through the end of September has come from small donors, as was the case Tuesday night. Sander's tally is expected to exceed every campaign except Clinton's, according to Politico. During Q3, Bernie Sanders' donations averaged just $30 each.

Clinton's campaign took in $75 million from mid-April through September. But a much larger percentage came from donors who paid close to $2,700. That's the maximum any single donor can contribute for the primary election.

The flurry of momentary donations following Bernie Sanders' debate performance wasn't the only show of support for the Democratic candidate Tuesday night.

The Vermont self-described socialist attracted 35,163 new Twitter followers during the debate. In comparison, the four other Democrats gained a cumulative total of just 23,210 new followers, according to Forbes.

Continue following Money Morning for updates on all of the 2016 presidential candidates...