For Oct. 13, 2015, here's your top stock market news and stocks to watch based on today's market moves… 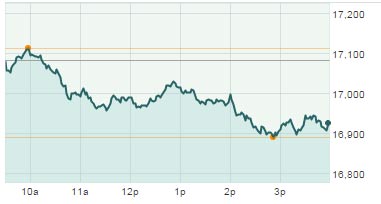 The Dow Jones Industrial Average today (Wednesday) dropped 157 points on a busy day of economic data and earnings reports. Shares of Wal-Mart Stores Inc. (NYSE: WMT) and Boeing Co. (NYSE: BA) weighed the Dow the most on the day. The retail giant hammered sentiment and fell more than 10% in early trading hours after the company lowered its growth and earnings outlook. Meanwhile, the aircraft stock slumped 4.4% after the company said it expects demand for narrow-body planes to decline within the next one to three years.