For October 14, 2015, here's what will move the Dow Jones Industrial Average… 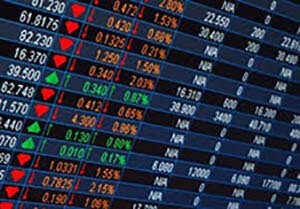 Dow futures for Wednesday, Oct. 14, 2015, are down 12 points ahead of monthly inflation data, weekly crude inventory levels, and the continuation of a busy earnings week for the markets.

On Tuesday, the Dow Jones Industrial Average dropped 49 points as broader concerns about the Chinese economy again rattled investors' confidence. The decline snapped a seven-day win streak. Meanwhile, traders remain on guard as September-ending earnings trickle out of corporate compliance offices around the country and weak profit expectations remain the norm. According to data released this morning, China's imports slumped by 20% in September, a sign of weak domestic demand and an indication that the nation's economic growth is not on pace with state expectations. This morning, the nation announced a fresh round of stimulus efforts to bolster its sputtering economy.

Here's what else will move the Dow Jones today…