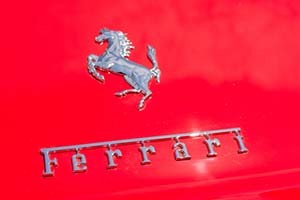 The Ferrari IPO valuation is 43 times larger than the company’s total profit in 2014. Some traders believe that’s way too high for a car company. That’s 26% higher than French automaker Renault’s $9 billion valuation.

But Ferrari believes it can live up to its valuation. That’s because it’s repositioning its brand right before the IPO…

What the Ferrari IPO Valuation Means for the Company

The reason for the huge Ferrari IPO valuation is the company’s luxurious brand.

According to U.S. Securities and Exchange Commission documents, Ferrari views itself as a luxury company rather than a car company. In fact, the word “luxury” appears in the IPO filing 151 times. 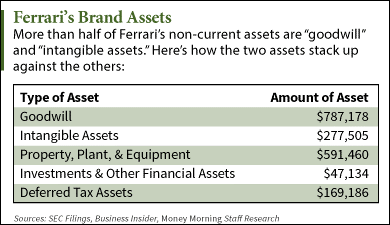 About 57% of Ferrari's non-current assets – a company’s long-term investments or materials – consist of brand value. These are listed as “goodwill” and “intangible assets” on the balance sheet. Both items include the value of a company’s name, copyrights, patents, and intellectual property.

In other words, “goodwill” and “intangible assets” have no physical value. Ferrari believes its luxury brand power will fuel future growth and expand sales operations.

The company said it hopes to expand sales into larger Asian markets. However, government regulations could impede sales growth in the region.

“If our international expansion plans are unsuccessful, our business, results of operation and financial condition could be materially adversely affected,” the IPO filing read.

With a valuation built on a non-tangible brand, traders are wondering if they should buy Ferrari stock when it starts trading on Oct. 21…

Does the Ferrari IPO Valuation Make Ferrari Stock a Buy?